Success Formula – Getting The Reps In

Home/individualized/Success Formula – Getting The Reps In

Success Formula – Getting The Reps In 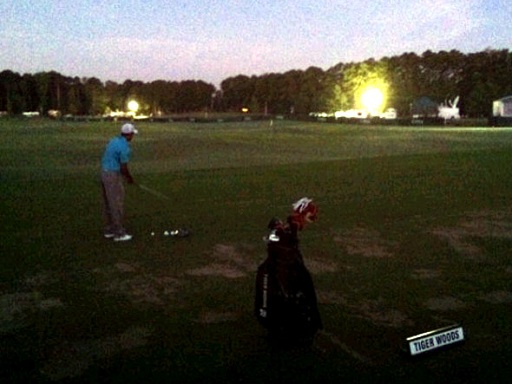 Two years ago we moved to Long Island, New York. An avid golfer, I immediately assessed the local golfing landscape (EXPENSIVE!) and decided that it was not worth my money or precious time to play golf regularly here. As my son would say, “What a bummer!”

But I didn’t give up the game by any stretch. I decided to buy 40,000 balls/swings at the local driving range. So instead of playing rounds of golf, I would just be beating 75-compression balls off mats.

I’ve hit ALL THE BALLS and after 20+ years of playing….my game has finally turned the corner in a significant way. (6-handicap?)

So by simply changing the form of my golfing….I was able to increase my practice 16-fold! As *dumb* as I am with a golf club, how could that increased practice possibly not make me a lot better?

The fact is, even though unintentional, I found a way to get in a whole lot more *reps* with a golf club.

My son played baseball this spring. They had practices and games but there were also league-wide clinics on a few Sundays. Now we’re busy as bees here but my wife wanted him to go to the optional clinics. I pushed back, saying “He’s better off throwing the ball with me for 15 minutes in the backyard….He’ll get more out of playing with me one-on-one for 15 minutes…than he will out of a clinic with dozens of other kids that will take a 90 minute bite out of weekend family time.”

Of course the answer is obvious.

Whatever the subject or endeavor, continue to think hard about educational hacks and how you can multiply your all-important individualized, quality *reps* – because at the end of the day, that is EVERYTHING.