Living in London – Vacationing in Sicily!

Living in London – Vacationing in Sicily! 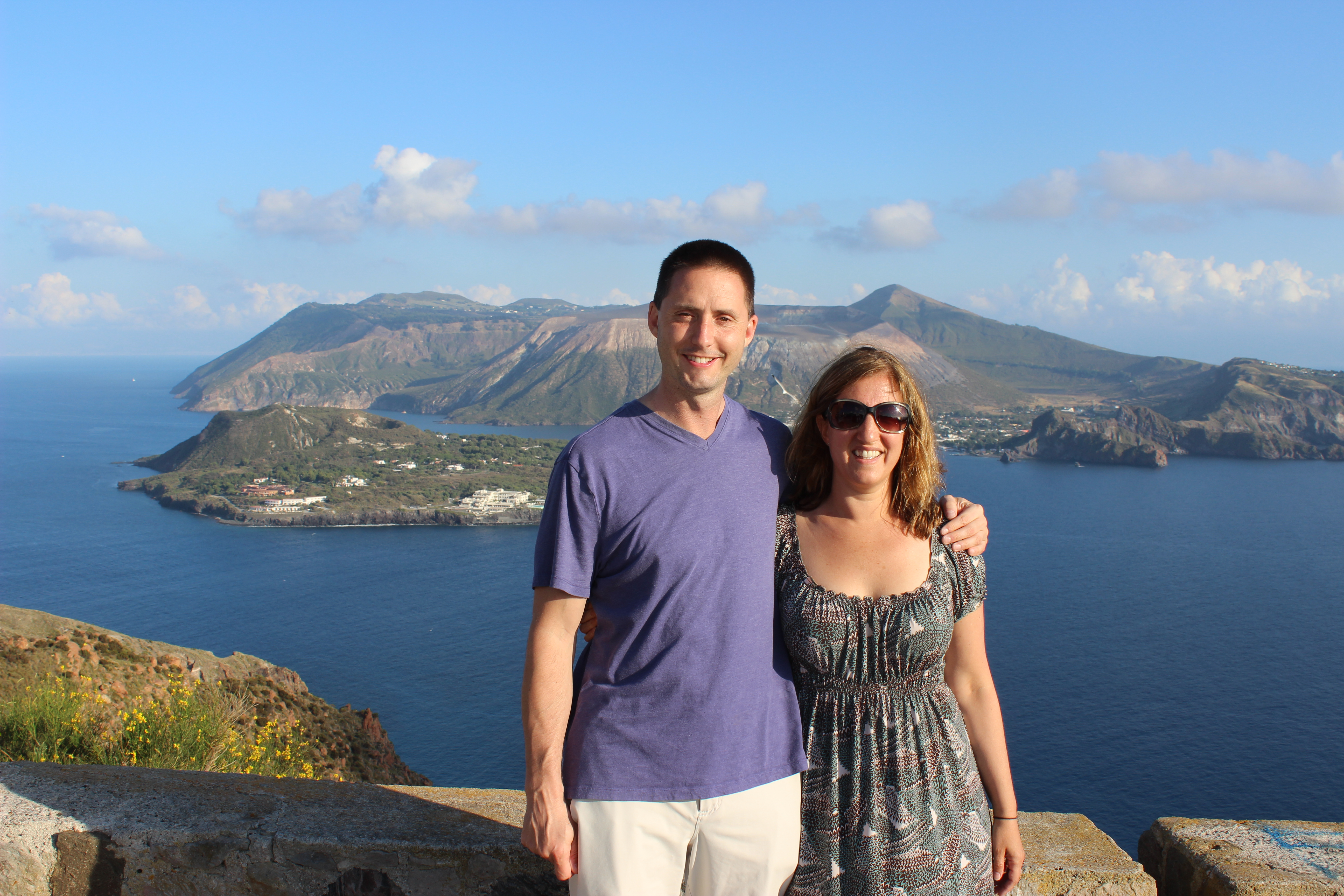 We just enjoyed our biggest, best-est, family vacation yet.

For 10 years Inez and I have dreamt of going to Sicily but the cost, plus having young children….well it all conspired to put the idea far on the back burner.

But living in London has its benefits.  In this case, SUBSTANTIALLY cheaper flights to everywhere in Europe (than from New York).

I think we paid about 700 pounds ($1,500) total for the four plane tickets. From New York we may have only been able to buy ONE ticket at that price, this time of year!

First we took the Tube (subway) to Victoria Station, then a train (Gatwick Express) to the airport, then a shuttle to our terminal, then a jet to Catania, then a taxi 90 minutes north to Milazzo, then a hydrofoil (boat) to Lipari,….then a short cab to our hotel!

In case you don’t know, Lipari is one of the Aeolian Islands just off the northeast coast of Sicily.

This was supposed to be our “relaxing” vacation.  All too often we go places and run around like decapitated chickens trying to see all the sites and get our money’s worth for the trip.

We were to spend 4 nights on Lipari before returning to mainland Sicily for another 4 nights in the town of Taormina.

CLICK HERE to check our captioned photo gallery.  Then come back for some elaboration.

As you just saw from the pics, it was an absolutely beautiful place to visit – I would say, probably very analogous to Hawaii.

I would like to make a few notes about each stop:

One must definitely do their research in Sicily.  TripAdvisor.com was our constant companion – especially on Taormina.  Just start looking at the highest rated restaurants and attractions and then just work your way down the list.  And be careful not to grant credibility to all enthusiastic reviewers.  Ultimately, my wife and I concluded that we really only value food reviews from residents of New York City, i.e. people with a lot of fine dining experience!

The weather throughout Sicily was as spectacular as the landscape.  Not a drop of rain throughout our 9 days.  It wasn’t too hot either – as we feared it might be.

The World Cup was on everyday, everywhere too. So that made for a somewhat festive atmosphere.

The smoking is a little bit out of control and impossible to get away from.

We read a ton during this trip.  Kindles served us well but even still Chrissy kept reading one particular Harry Potter book over and over again.  John ran out of reading material fast, as he always does, and even took to reading one of my marketing books (The Ultimate Sales Letter by Dan Kennedy) on the beach one afternoon.

Well we were learning a lot of Italian of course.  The kids were also using DuoLingo.com for their French and Spanish during the trip.  The hotel in Lipari had a piano for them.  John was constantly wowing the old Italian women with Rachmaninoff’s Prelude in C# Minor among several other songs currently in his repertoire.

Inez is ethnically 100% Italian and she’s studied the language a bit back in college (and also spent a semester in Florence way back when) so we didn’t have a problem communicating in Italian. However there is a whole lot of English language fluency around – especially at hotel desks. Deciphering a menu in Italian shouldn’t really be that hard for anyone slightly acquainted with Italian cuisine.

We got a huge kick out of watching the natives communicate with each other. I mean the “hand talk” was out of control. Even when they are speaking to someone on a cellphone their hands are flying all over the place. The following video is positively hilarious:

Furthermore, it’s not that hard to speak Italian. Seemingly they only have a few words/expressions: “ciao”, “prego”, “pronto”, “arrivederci”, “capisce”, etc.!

And here’s the raw video footage I shot. It should give you a better feel for our trip than the PICS:

So between Lake Como, Milan, and this trip we just about spent half of June in Italy!

We came back travel weary and are enjoying a “brilliant” summer in London for the time being. We are back in the swing of home ed events. Friends and family are visiting a lot now too.

We have no big trips planned (“booked”!) at the moment but I think we have decided that our next big one will be to…..Istanbul! The south of Spain is possible too, but after this amazing trip to Sicily we are in the mood for something exotic and we’ve heard only very good things about traveling to Istanbul.