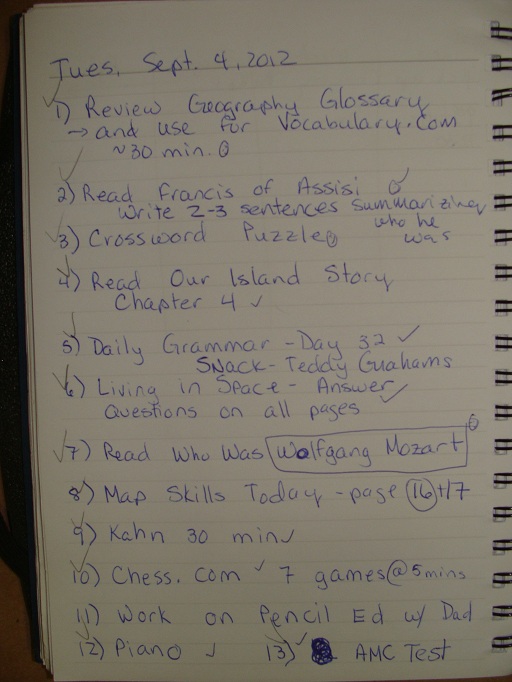 I strongly believe that parents ought to invest or put effort into their children when they are very, very young BECAUSE this is where all the payoff lies.

The heights children ultimately ascend to are predominantly a function of initial *launch angle* and *escape velocity*.

Today I had to see a tutoring client (SAT math) early this morning and hired a sitter for my kids.

But the sitter didn’t have to do ANYTHING. My wife left *lists* of assignments for John and Christine. That’s John’s list pictured above.

Both of my them, now that they are long since literate and numerate, can handle independent work.

So while I was out earning money….my kids – still only 6 and 7 years old! – were at home and thriving on individualized, self-propelled educational plans.

The amount of work that they get done on a daily basis is downright staggering. My wife and I COULD NOT be more pleased right now….and it’s got us very excited for what the future may bring.