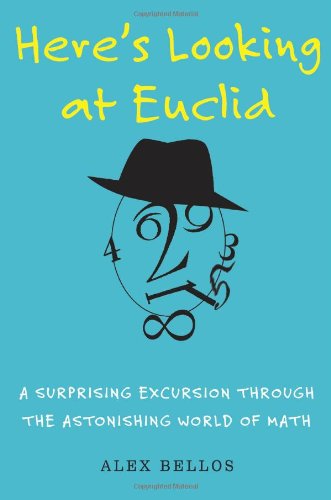 But on a smaller scale, this is precisely what educational institutions do with mathematics. School children the world over tragically equate this rich subject with boring computational algorithms, *math facts*, and horribly contrived word problems.

I just read – Here’s Looking at Euclid – and I must say it was terrific.

I would strongly recommend that ANYONE – both mathophiles and especially mathophobes – involved in education read this text, for their students AND for their own edification.

Did you know that in the late 1800s the Fifteen Puzzle swept the nation as an timewaster on the order of something like Facebook.com today?

Apparently it is one of the four modern puzzle crazes along with: Tangrams, Rubik’s Cube, and Sudoku.

But the triumphant lesson of Bellos’ book is that mathematics has a profoundly vast and interesting history….and that there are countless(!) paths towards a genuine appreciation.

Even though I was/am a *math guy*, I really had no idea how little I knew.