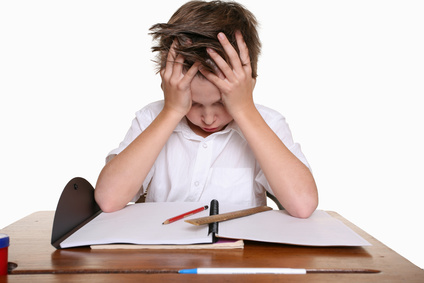 As a math tutor, I’m routinely summoned by frantic parents, “My son/daughter has a big test this week….can you please come to help them study?”

But all too often I’m disgusted by the test material. Schools and “certified” teachers torture these poor kids with ridiculous, trivial topics. Garbage like: significant figures, contrived “unrealistic” word problems, the 4 ways to denote the complement of a set, and obscure advanced algebra concepts that students will NEVER see again in a classroom or even on a standardized test.

I just helped an honor student, at a prestigious school, prep for a difficult test on conic sections: parabolas, circles, ellipses, hyperbolas, etc. Now this is a very, very smart kid but in the middle of our study session I asked him, “What is a hyperbola?” and he didn’t know. I informed him that it was the set of all points such that the difference between its distances from two given points (foci) was constant. His response, “Well, we don’t need to know that.”

Now call me a radical….but I submit that the first thing to learn about conic sections, long before one gets to graphing and translating them, is precisely WHAT A CONIC SECTION IS! And it would certainly be the first question I’d pose on any test.

These kids lose week after week, trying to stay on top of a single topic – i.e. whatever is scheduled for the next test. Ambitious parents get stressed out. Kids often don’t know how to prepare – or even have TIME to prepare given all the other nonsense they have to “learn” and the pull of team sports, etc. It really is a silly game in which the kids try to focus on testable minutiae – to please the teacher AND their parents.

As a father who educates his children *outside the system* I personally don’t have to suffer anything like this. I focus on pure learning rather than gotcha-tests where children are penalized for forgetting a minus sign or for not showing their work sufficiently. We are always studying a wide range of mathematical topics and always forging ahead.

Everyone wants to complain about today’s institutional obsession with testing – standardized testing has been become a popular bogeyman/scapegoat/culprit.

But it really isn’t. More accurately, the problem is a parental obsession with “grades” over true learning.

When a child is in 6th-9th grade, in the larger scheme of life, no one else is really going to care what they got for math grades. There’s no difference between a C+ and an A+. Certainly nobody cares what Steve Jobs got for middle school grades, right? And I could name plenty of kids I know who got A+’s in school but failed miserably in life too.

So how to prepare for a difficult math test?

Well, get two full years ahead of the class material, all on your own.

I mean….it’s not like what’s coming up in the next few years is a mystery or anything!