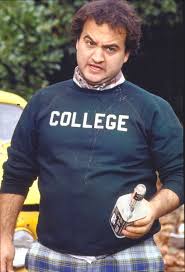 In continuing with my review of The New Global Student, I would like to highlight the following informative excerpt:

Really, you’ve got to feel bad for our students; in our modern culture there just aren’t too many great opportunities for them to show the world their independence. Get your driver’s license? Big deal. A new tattoo? Zzzz. Getting busted with your friends for some asinine (but memorable) incident? You can see how this might seem like an appealing option to a kid looking to distinguish himself. Without much leeway, it’s nearly impossible to proclaim oneself an adult in truly exemplary style. We have our kids in lockdown at a time when their brain chemicals are cheering them on and telling them to break out of parental prison in outlandish ways.

We should know better than to do battle with biology.

For centuries cultures around the world have offered a pivotal journey as a rite of passage for their adolescents. Whether they were sent off on a vision quest, a jungle hunt, an apprenticeship, or a battle, young people were given the chance to separate from home and family, become immersed in a new place, and establish independence. Upon their return they were viewed as adults who were ready to stand on their own two feet.

From the 1600s through the 1800s well-to-do English families sent their sixteen-year-old sons (along with tutors) on an extended journey through Europe, known as the “Grand Tour.” These young men (and women too, once train travel made it cheaper and safer) would visit landmarks, appreciate works of art in galleries and museums along the way, and learn about the ideas of great thinkers whose contributions shaped the cultural landscape. Back then the risks were much greater for those who traveled by carriage, train, or ship; it took longer to get everywhere, meaning these trips extended for many months or even years, and deadly diseases threatened those who explored distant lands. Still, despite the dangers, sending young men and women on a lengthy journey far from home was recognized by society as immensely valuable. Even those who could scarcely afford it made every effort to provide their sons and daughters with this profoundly life-altering experience that served to usher them into adulthood.

These days we’ve opted out of such momentous rites of passage in favor of multiple photo moments. Fear and lack of imagination have constricted our view of adolescents’ possibilities; we limit them to three-hour events like sweet sixteen parties and high school graduation ceremonies and infuse these occasions with far more weight than is warranted. Let’s face it: sweating alongside your friends in synthetic clothing – no matter how sparkly or voluminous – is a pretty pitiful excuse for a peak experience compared to, say, traveling through Europe for months. Even our students’ travel opportunities tend to be digitally documented parties (“Spring break! WOOOO!”) rather than personally challenging experiences that lead to self-discovery and a sense of true independence.

A few departures do feel like rites of passage. Joining the military has turned young people into adults for generations, but it’s not necessarily the coming-of-age experience most parents want for their kids. Going off to college is a relatively clear mark of young adulthood, but the problem is that students go through it en masse. The Grand Tour, the apprenticeship, and the vision quest were primarily solitary journeys during which the young person had time to reflect. It was understood that growing up and gaining autonomy was a process that required time alone and a separation from family, friends, and familiar ideas. You just can’t get that from sorority rush and beer pong.

Fortunately there is a way to launch our kids into the world and celebrate their emergence as young adults. In the next chapter, you will hear stories from students who’ve been through a powerful rite of passage that exploded both their passion and their intellect: living abroad for a year before the age of twenty.

To read the first part of the review, click here.