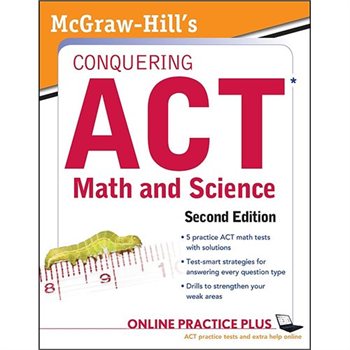 I’m a former competitive mathlete; I currently teach accelerated math classes to some of the brightest kids here on Long Island; I work with individual students for *school math* tutelage and for SAT preparation; my son started algebra at age 5 and calculus at age 7; so it goes without saying that I know more than a little about what it takes to achieve high levels of math competency.

I would never say that *curriculum* is EVERYTHING, something I hear too many parents and educrats prattle on and on about.

EVERYTHING is quite simply HOW MANY TOTAL MATH QUESTIONS the student attempts, solves, and understands.

But curriculum most certainly does play a role.

Quite frankly, the better the curriculum (and instruction), the more students will *like* math and be driven to tackle the *hard stuff* that, by definition, always constitutes the next topic.

Personally I would throw most, if not all, of the textbooks out the window. Start your children on SAT math questions as soon as you can. You know, the books made by the likes of Princeton Review, Kaplan, and Barron’s.

These books are everywhere. They are at the libraries. They are in used book stores. They are languishing in basements. Everyone buys them, does 1/10 of the work, but that’s it! I recently procured some GMAT math prep books from a library for the princely sum of 25 cents each.

Instead of a math textbook, just do these books. Finish one and find another, and then do some more. There are PSAT, ACT, GRE, and even standardized exams to get into private high schools, etc. Just Google for keywords like “GRE MATH PROBLEMS PDF” and free stuff online will magically appear.

Personally, I hate the multiple choice format. Whenever I can, I erase the answer choices (e.g. on web printouts with a PDF editor). And there is something to be said for math classes and questions where students have to show their work and perhaps even write out formal proofs.

But on the plus side, these standardized exams have, for the most part, very well designed problems. They are well-designed in the sense that they usually feature skillfully embedded pitfalls (and wrong answers) which really do test a student’s comprehension. I also like the *timed* aspect as well. A time limit demands an emphasis on doing problems the most efficient and lease prone-to-error way. Another thing that’s good about them is how they bounce around between topics: from probability to geometry to algebra to analytic geometry to logic… This keeps the students fresh in all topics whereas the typical school math class most often concentrates on one subtopic at a time – with the negative consequence that the students focus on learning *what do I do* and algorithms instead of learning the all-important *whys*.

I’m not saying this would represent a comprehensive approach to math by any stretch. I’m simply putting forth the idea that the world of standardized testing – since it’s so darn big! – offers a whole lot of math parents can throw at their kids. And after all, many parents operating outside-the-system care far more about their kids’ SAT math scores than about the material covered in textbooks – because, well, should they send their kids to college….they don’t want them to be penalized by a lower (than verbal) math score. And who do you think is going to do better on the SAT – a student who started SAT prep at age 16 or one who started at age 9?

Now there are other curricula I recommend beyond textbooks and besides SAT math….and I’ll cover it in Part 2.