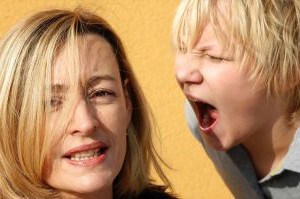 From a recent New Yorker article:

In 2004, Carolina Izquierdo, an anthropologist at the University of California, Los Angeles, spent several months with the Matsigenka, a tribe of about twelve thousand people who live in the Peruvian Amazon. The Matsigenka hunt for monkeys and parrots, grow yucca and bananas, and build houses that they roof with the leaves of a particular kind of palm tree, known as a kapashi. At one point, Izquierdo decided to accompany a local family on a leaf-gathering expedition down the Urubamba River.

A member of another family, Yanira, asked if she could come along. Izquierdo and the others spent five days on the river. Although Yanira had no clear role in the group, she quickly found ways to make herself useful. Twice a day, she swept the sand off the sleeping mats, and she helped stack the kapashi leaves for transport back to the village. In the evening, she fished for crustaceans, which she cleaned, boiled, and served to the others. Calm and self-possessed, Yanira “asked for nothing,” Izquierdo later recalled. The girl’s behavior made a strong impression on the anthropologist because at the time of the trip Yanira was just six years old.

While Izquierdo was doing field work among the Matsigenka, she was also involved in an anthropological study closer to home. A colleague of hers, Elinor Ochs, had recruited thirty-two middle-class families for a study of life in twenty-first-century Los Angeles. Ochs had arranged to have the families filmed as they ate, fought, made up, and did the dishes.

Izquierdo and Ochs shared an interest in many ethnographic issues, including child rearing. How did parents in different cultures train young people to assume adult responsibilities? In the case of the Angelenos, they mostly didn’t. In the L.A. families observed, no child routinely performed household chores without being instructed to. Often, the kids had to be begged to attempt the simplest tasks; often, they still refused. In one fairly typical encounter, a father asked his eight-year-old son five times to please go take a bath or a shower. After the fifth plea went unheeded, the father picked the boy up and carried him into the bathroom. A few minutes later, the kid, still unwashed, wandered into another room to play a video game.

In another representative encounter, an eight-year-old girl sat down at the dining table. Finding that no silverware had been laid out for her, she demanded, “How am I supposed to eat?” Although the girl clearly knew where the silverware was kept, her father got up to get it for her.

In a third episode captured on tape, a boy named Ben was supposed to leave the house with his parents. But he couldn’t get his feet into his sneakers, because the laces were tied. He handed one of the shoes to his father: “Untie it!” His father suggested that he ask nicely.

“Can you untie it?” Ben replied. After more back-and-forth, his father untied Ben’s sneakers. Ben put them on, then asked his father to retie them. “You tie your shoes and let’s go,’’ his father finally exploded. Ben was unfazed. “I’m just asking,’’ he said.

Of course I don’t agree with everything in that piece.

I would say that *spoilage* and the tragic *low expectations* of parents today come from nothing less than the fact that we are the WEALTHIEST society in the history of the planet.

Wealth can open up amazing opportunities for children….but, in my experience, it far too often leads to devastating softness.

But you don’t have to *give your money away*. Just be aware of the implicit danger….and take preventative measures. Figure out how to manufacture a sense of scarcity, a sense of urgency in their lives. Whatever the level currently is….reduced spoilage by 50% off the top and you’ll be in good shape!